Meet the RouterPi, a Compute Module 4 Based GbE Router by Ryan Flowers
Saturday April 23rd, 2022 at 2:25 AM 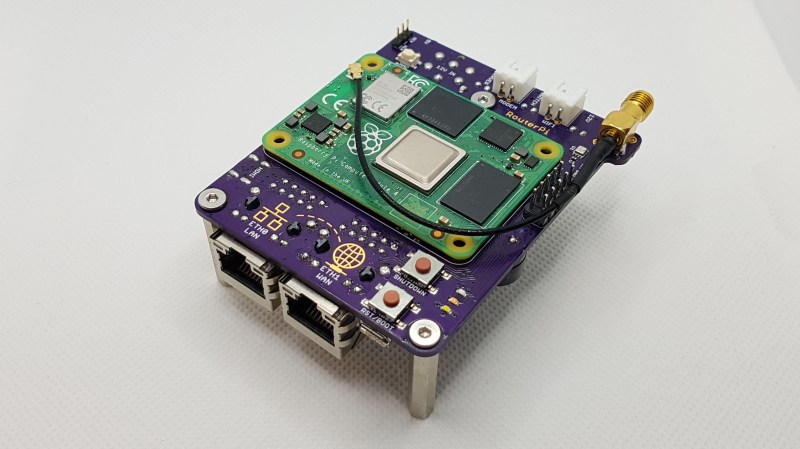 [Zak Kemble] likes to build things, and for several years has been pining over various Raspberry Pi products with an eye on putting them into service as a router. Sadly, none of them so far provided what he was looking for with regard to the raw throughput of the Gigabit Ethernet ports. His hopes were renewed when the Compute Module 4 came on scene, and [Zak] set out to turn the CM4 module into a full Gigabit Ethernet router. The project is documented on his excellent website, and sources are provided via a link to GitHub.

Of course the Compute Module 4 is just a module- it’s designed to be built into another product, and this is one of the many things differentiating it from a traditional Raspberry Pi. [Zak] designed a simple two layer PCB that breaks out the CM4’s main features. But a router with just one Ethernet port, even if it’s GbE, isn’t really a router. [Zak] added a Realtek RTL8111HS GbE controller to the PCIe bus, ensuring that he’d be able to get the full bandwidth of the device.

The list of fancy addons is fairly long, but it includes such neat hacks as the ability to power other network devices by passing through the 12 V power supply, having a poweroff button and a hard reset button, and even including an environmental sensor (although he doesn’t go into why… but why not, right?).

Testing the RouterPi uncovered some performance bottlenecks that were solved with some clever tweaks to the software that assigned different ports an tasks to different CPU cores. Overall, it’s a great looking device and has been successfully server [Zak] as a router, a DNS resolver, and more- what more can you ask for from an experimental project?

This CM4 based project is a wonderful contrast to Cisco’s first network product, which in itself was innovative at the the time, but definitely didn’t have Gigabit Ethernet. Thanks to [Adrian] for the tip! 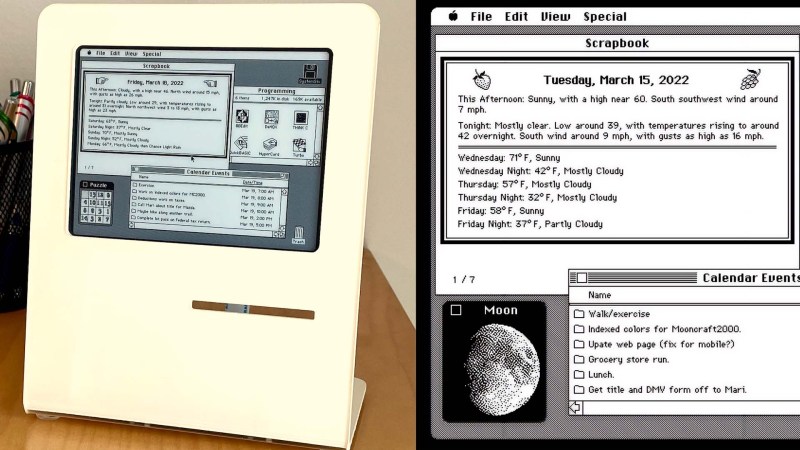 The retrocomputing community are experts at keeping vintage Apple iron running, but if you’re looking for a simpler way to pay homage to the original Mac, check out this Raspberry Pi powered ‘desk accessory’ by [John Calhoun], fittingly called ‘SystemSix’.

Housed inside a delightfully Mac-shaped piece of laser-cut acrylic, SystemSix is powered by as Raspberry Pi 3, with the graphics displayed on a sizeable 5.83″ e-ink panel. While it resembles a kind of retro-futuristic take on the ‘classic’ Macintosh, SystemSix is the illusion of a fully interactive computer. While non-interactive, the fake desktop is every bit as charming as a real Macintosh display, albeit scaled down. The desktop updates automatically with new information, and presently includes a calendar, dithered lunar phase graphic, and a local weather report.

Clearly calling it a ‘desk accessory’ is a neat play on words. The original Macintosh implemented simple desk accessory programs, such as the calculator and alarm clock, that could run alongside the main application in memory. This was the only way to run more than one application on the Macintosh, before MultiFinder added rudimentary cooperative multitasking in 1987. As such, SystemSix is a functional, stylish and quite literal ‘desk accessory’.

[John] has the full project write-up over on GitHub, and goes into great detail about maintaining the Macintosh aesthetic. For example, the lunar phase graphic uses ‘Atkinson’ dithering. This technique was pioneered by Apple programmer Bill Atkinson, the author of MacPaint and the QuickDraw toolbox on the original Macintosh (and later, Hypercard).

And in case you were wondering – yes, this is the [John Calhoun], who programmed Glider for Macintosh. Now recently retired from Apple, we’re really excited to see what other Macintosh-inspired creations he comes up with. Maybe he will come back around to his Mac-powered MAME cabinets that we covered all the way back in 2005. Or perhaps a sleeper battlestation, like the iMac G4 lampshade that was upgraded with an M1 processor.

The Private London Underground Line Used Only By Mailbags by The Tim Traveller
Monday September 20th, 2021 at 5:09 PM

For 76 years, a private underground line ran under the streets of London, completely separate from the Tube. But most Londoners have never seen or even heard of it - because you could only ride it if you were a mailbag. I went to find out more about the story of the Post Office Railway... 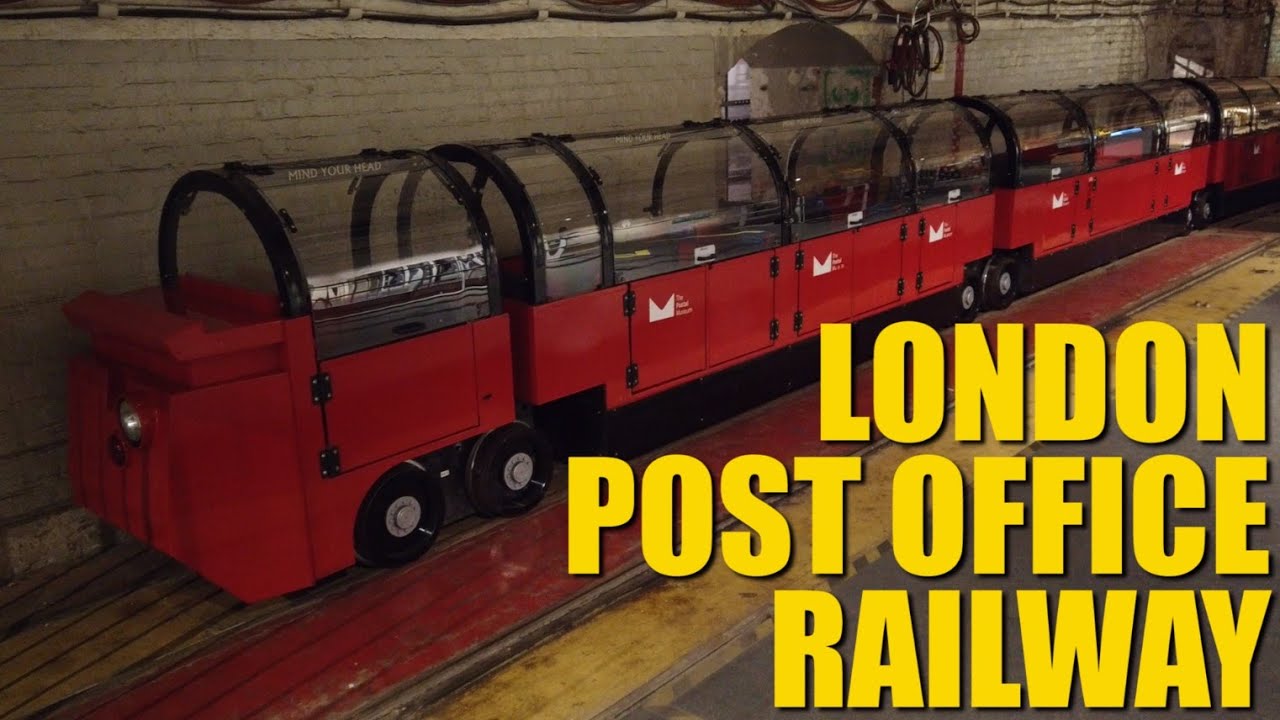 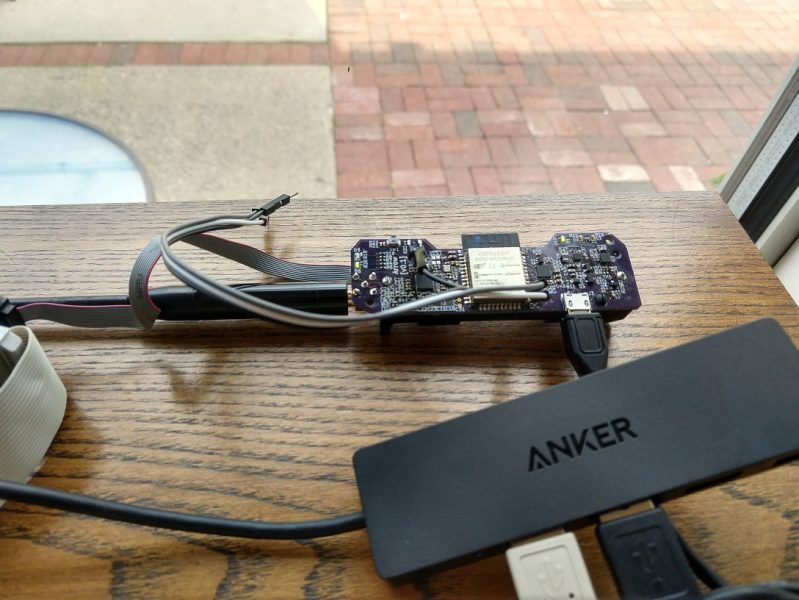 Before smartphones and Internet of Things devices were widely distributed, the Automatic Packet Reporting System (APRS) was the way to send digital information out wirelessly from remote locations. In use since the 80s, it now has an almost hipster “wireless data before it was cool” vibe, complete with plenty of people who use it because it’s interesting, and plenty of others who still need the unique functionality it offers even when compared to more modern wireless data transmission methods. One of those is [Tyler] who shows us how to build an APRS system for a minimum of cost and size.

[Tyler]’s build is called Arrow and operates on the popular 2 metre ham radio band. It’s a Terminal Node Controller (TNC), a sort of ham radio modem, built around an ESP32. The ESP32 handles both the signal processing for the data and also uses its Bluetooth capability to pair to an Android app called APRSDroid. The entire module is only slightly larger than the 18650 battery that powers it, and it can be paired with a computer to send and receive any digital data that you wish using this module as a plug-and-play transceiver.

While the build is still has a few limitations that [Tyler] notes, he hopes that the project will be a way to modernize the APRS protocol using methods for radio transmission that have been improved upon since APRS was first implemented. It should be able to interface easily into any existing ham radio setup, although even small balloon-lofted radio stations can make excellent use of APRS without any extra equipment. Don’t forget that you need a license to operate these in most places, though! After spending several years making vintage Final Fantasy games look worse with remastered re-releases toting blurry graphics and ugly menus, Square Enix might give people what they actually wanted in the first place. During their E3 showcase today, Squeenix announced a "Pixel Remaster" series of Final Fantasies I through VI. Information is vague right now but they sure do look like ye olde FF games with ye olde pixel art. 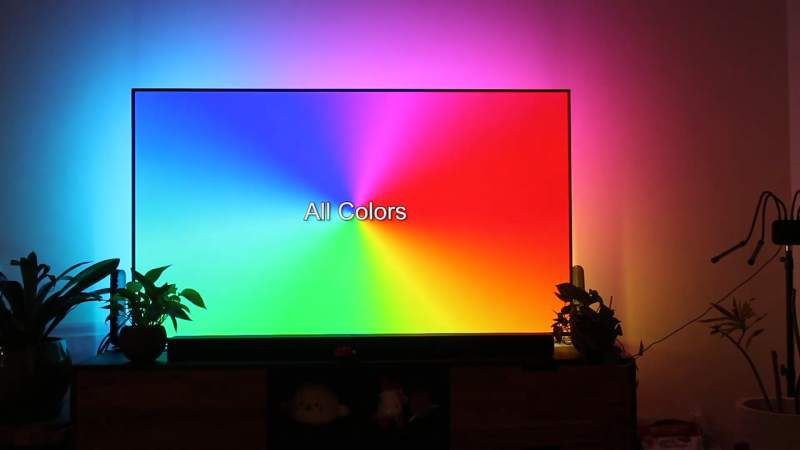 [AndrewMohawk] had seen all kinds of ambient lighting systems for TVs come and go over the years, and the one thing they all had in common was that they didn’t live up to his high standards. Armed with the tools of the hacker trade, he set about building an Ambilight-type system of his own that truly delivered the goods.

The development process was one full of roadblocks and dead ends, but [Andrew] persevered. After solving annoying problems with HDCP and HDMI splitters, he was finally able to get a Raspberry Pi to capture video going to his TV and use OpenCV to determine the colors of segments around the screen. From there, it was simple enough to send out data to a string of addressable RGB LEDs behind the TV to create the desired effect.

For all the hard work, [Andrew] was rewarded with an ambient lighting system that runs at a healthy 20fps and works with any HDMI video feed plugged into the TV. It even autoscales to work with video content shot in different aspect ratios so the ambient display always picks up the edge of the video content.

With 270 LEDs fitted, the result is an incredibly smooth and fluid ambient display we’d love to have at home. You can build one too, since [Andrew] shared all the code on Github. As an added bonus, he also gave the system an audio visualiser, and tested it out with some Streetlight Manifesto, the greatest third-wave ska band ever to roam the Earth. The Fourth Wave still eludes us, but we hold out hope.

We’ve seen plenty of hacks in this vein before; one of the most impressive hacked a smart TV into doing the video processing itself. Video after the break.